WT – I have with me here, James Raab the Geology program supervisor for the Department of Natural Resources, Division of Geological Survey. Thanks for doing this, James.

WT – At WaterToday whether it’s Canada or our state media we are just fascinated by groundwater issues in general. Can you tell me a little bit about what you do?

WT – That’s fantastic. That I know of, and I have been doing this a long time, I don’t recall seeing anything like this in Canada or the United States. How come Ohio and what led you to this new map that you have?

Raab – The map is the Groundwater Vulnerability map for Ohio. We actually started this back in 1987, mapping at the county level. It was a system developed for the US EPA by the National Groundwater Association. It’s called DRASTIC the acronym that is used in this mapping program to look at seven parameters: Depth to water, R is recharge to the aquifer, A is aquifer media, S is soil media, T is the topography or the slope, and I is the impact of the vadose zone, and then C is hydraulic conductivity of the aquifer. So those seven parameters are evaluated for an area and rated. There’s a weighting scheme that they came up with through the process, this ultimately (sets a) vulnerability number. The higher the number the more vulnerable the aquifer is to being contaminated.

WT – Okay let’s start with the acronym for your new map, DRASTIC.

Tell me what each of the terms means, for someone who may not understand all the hydrological terms.

Raab – D is depth to water, we use water well record data in Ohio to come up with that. Basically, the depths of the water table in most cases.

WT – So, if I drill a well, in an area where you say the water is this deep, I should expect to hit water somewhere around what your department has said?

A is an aquifer, how that is rated is, the coarser aquifer, gravels are rated higher than siltstone or shale. Basically, the more permeable the aquifer, the faster the water moves through, and the higher rating it has.

S is the soil type; we are looking at the upper six feet of the material, the soil horizon, whether clay loam or sandy loam, whether the soils shrink/swell to where they have fractures, these will get a higher rating. Again, the sandier the soil, the higher the shrink-swell potential, the higher the DRASTIC soil rating will be.

T is the topography, the slope.

WT: You mentioned at the start, about a dispute settlement mechanism. Would you use this assessment tool in court, for policy? What are the issues that you would settle with DRASTIC, for dispute resolution?

Raab: The DRASTIC would not be used to settle quantity disputes, but the mapping program will be used by planners and local folks for the siting of landfills, and industries; Ohio EPA uses it for siting of underground storage tanks. Different regulations are imposed if the aquifer is very vulnerable. Basically, its a mapping tool to be used at the local level for zoning, planning, and siting of different industries, it could be used to site well fields, it tells you where the good aquifers are. This indicates where to put the activities or industries that could contaminate the aquifer. If you look at a couple of parcels and one rating is 190 and the other is 89, you would site it at the lower level for less chance of contamination.

WT: How do you reconcile the aquifer boundaries, with political state and county boundaries?

Raab: We like to share our information with our adjoining states. We can’t map out the state, but we do show them what we have... Indiana has a similar mapping program.

WT: Are all the states coming up with a map?

Raab: There was a large group involved, coming up with the DRASTIC parameters and how they are weighted. There is a manual to follow, some states didn’t like the process, some states thought different parameters were more important than what this committee came up with and have modified the DRASTIC approach and made it their own, not calling it DRASTIC.

WT: On your website, it says I can still download state-wide. What does this mean, there are older representative maps?

Raab – I am not sure what you are referring to. You can still download the older county files, except for 10 counties we have not mapped yet. When we started, we were mapping by county, creating a paper map and report for each county, we started on paper, before personal computers, in 1987. Then we started getting into GIS in the 90s. We do have paper reports and maps archived at the county level; they are available from our publications catalog.

Our new state-wide map takes away all those different county boundaries, we had so many different people mapping. We have tweaked the DRASTIC system over a span of thirty plus years, we tweaked the mapping process and methodology during the three years of this project to finish the mapping of the last ten counties, then joined the 88 county maps into one statewide map. We had to re-evaluate all the county maps, now with no county boundaries, for a more consistent methodology.

No matter what geopolitical area you are at, now you just zoom into your area, click on the map, you get the rating for vulnerability, you can see the rating of each of the seven parameters, the recharge, for all of Ohio.

WT: Now that this is done and up on the website, is this the crown jewel of your life’s work?

Raab: Oh yeah, it’s a great accomplishment. We had a reception, and invited back all the authors that worked on it, dating back to 1987. We invited everybody, the reception was well attended, we gave everyone wall maps.

WT: Congratulations on completing this. I will stop the interview here, thanks for doing this, James. 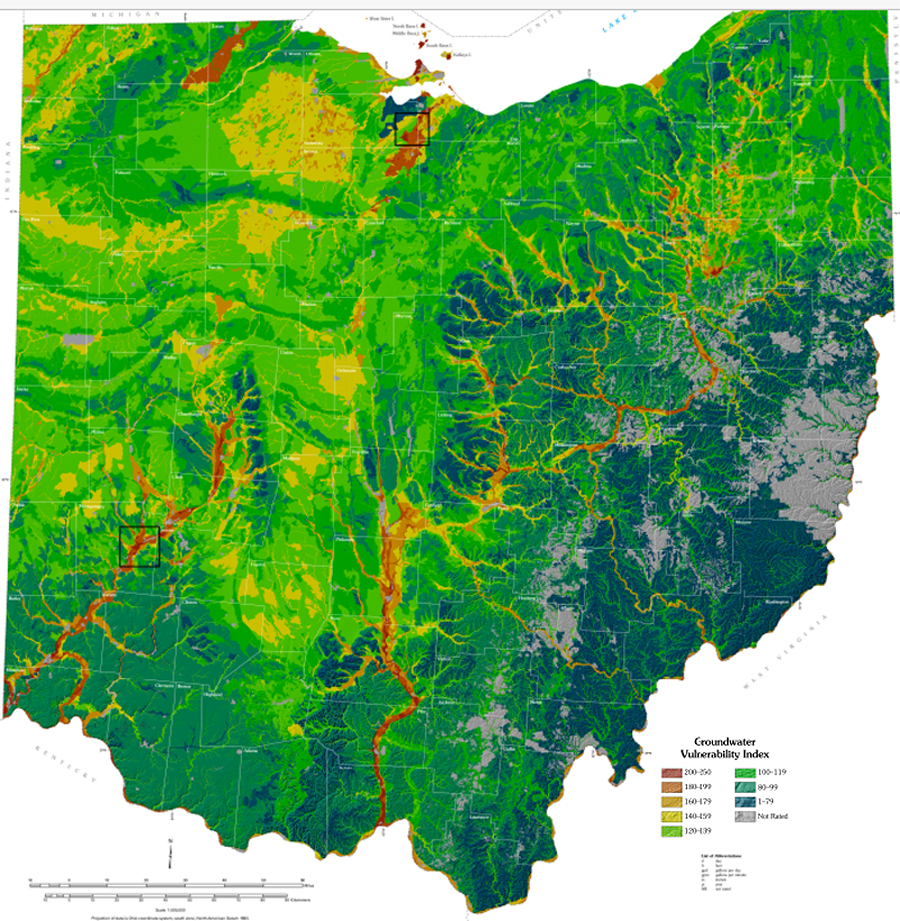 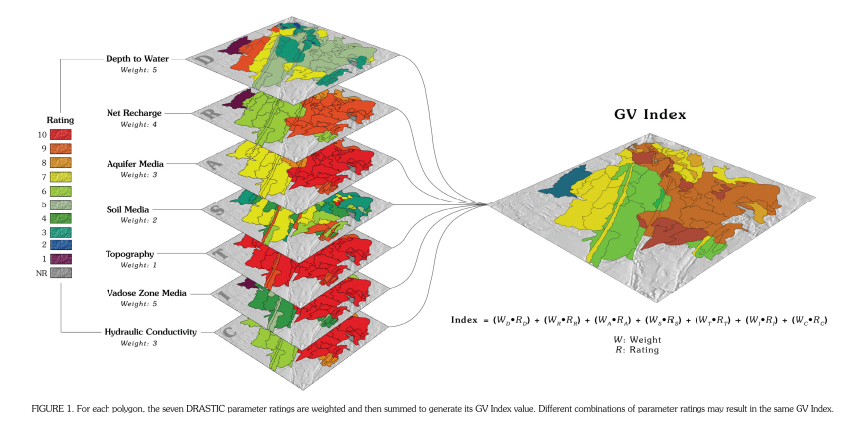